CrossFit and Flexible Dieting: A Match Made in Heaven

“A ripped CrossFit™ physique doesn’t happen by just doing WODs, it has a strong diet component as well. However, this doesn’t involve starving yourself either. Flexible dieting teaches you to find a great balance.”

Flexible dieting or IIFYM is quickly becoming popular among CrossFitters and many are finding success and freedom with this flexible way of eating. 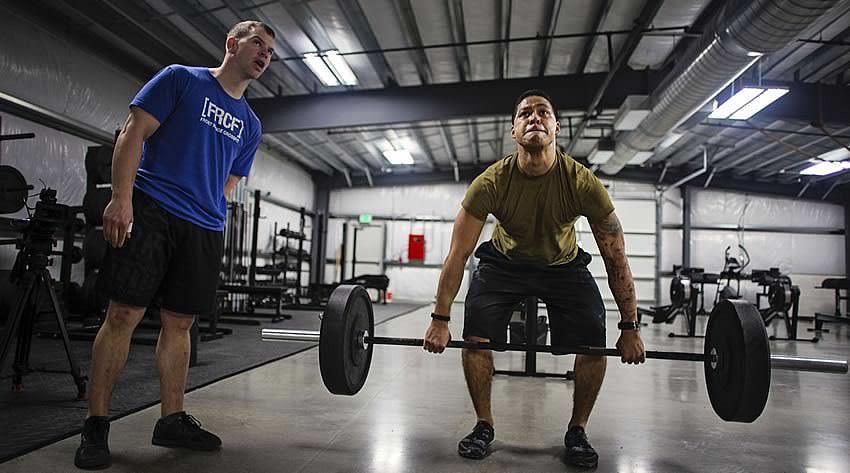 In the past, the go-to diet plan for CrossFit™ has been a paleo-type diet. However, unless people have legitimate food sensitivities, many find the paleo method of eating very restrictive and its low-carb nature leaves some struggling to properly fuel their WODs.

Flexible dieting is a great fit for those engaged in CrossFit™ and offers many benefits. Here’s a few of the reason’s to consider using flexible dieting as the dietary fuel behind what you do at the box.

Unlike a paleo-type diet, flexible dieting allows you to eat anything as long as it fits your macros. So, after your WOD you aren’t limited to just meat, salad, and almond butter but you can eat what you want.

I like to stress that healthy eating is still important, but there are a lot of great tasting foods that make for nice treats every so often. Flexible dieting allows for them.

Your muscles run on glycogen1 and eating carbs is the fastest way to replenish muscle glycogen stores. If muscles don’t have enough glycogen, they can’t perform at their peak. Since a paleo-type diet is often carb restrictive, athletes can often feel a little fatigued during their Metacons and WODs.

While some athletes can adapt well to a low carb lifestyle, I believe the majority of people perform much better by eating adequate carbs.

Dietary protein provides the amino acids needed to build and repair muscle tissue after your WOD. This process makes the muscle bigger and stronger so that you can increase your Total. However, eating a bunch of meat or other protein without tracking exactly how much or how much your body needs can be expensive and/or unnecessary.

Flexible dieting allows the CrossFitter to calculate how much proteinhis/her body needs and then shows them how to track their intake, so they are sure to be eating enough or not too much.

CrossFit™ can be pretty intense and many people slip into the faulty thinking that since they had such an intense WOD, they can eat as much as they want. Flexible dieting teaches people to be aware of how many calories their bodies need as well as how many calories they are burning during their WODs.

They can then establish a TDEE (total daily energy expenditure) that can promote fat loss in a safe, steady way.

Because flexible dieting teaches how to track protein as well as total calories, it provides a systematic approach to eating enough food to promote muscle growth but not too much that fat storage also occurs.

A ripped CrossFit™ physique doesn’t happen by just doing WODs, it has a strong diet component as well. However, this doesn’t involve starving yourself either. Flexible dieting teaches you to find a great balance.

6. Allows you to be more social

Some of the CrossFitters I know won’t ever join us for froyo or eat at certain restaurants because these establishments aren’t “paleo-friendly”. Flexible dieting allows you to eat wherever you want and have desserts like froyo.

This, in turn, allows CrossFitters to be more social and not decline social situations that don’t fit into the restrive eating pattern they’ve established for themselves.

Please see our comprehensive guide to flexible dieting. It contains everything you need to know and do to be successful with tracking macros. Plus, meal plans, recipes, helpful hints and much more.

I’ve had many CrossFitters come to HealthyEater looking for advice and most of them had one thing in common.

These ill advised athletes were frustrated because although they were doing CrossFit™ six times a week, they couldn’t achieve their fat loss goals. Most were eating way too few calories.

They simply were not giving their bodies enough food to both fuel their workouts and support their metabolisms. Long-term, this stalls fat loss and alters the metabolism.

Another issue is people’s over-estimation of their CrossFit™ calorie burn. I’m friends with two very successful CrossFit™ trainers and they told me that the calorie burn can vary greatly because of the degree of effort people put into their WODs.